Topography-guided Photorefractive Keratectomy (TPRK) uses a customized excimer laser treatment guided by a topographic map. Preoperatively, a detailed corneal mapping is performed, and the topographic data is transferred to an eximer laser platform. Intelligent algorithmic software interprets the data and reconstructs a laser ablation pattern with a number of modifiable parameters. They include adjusting optical zones, changing depth of treatment, and adding a partial refractive correction (sphere, cylinder, and axis) centered over the line of sight. 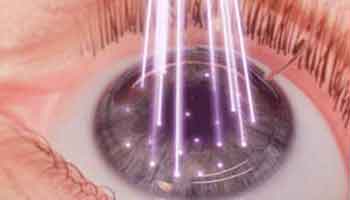 It is important to understand that TPRK is done primarily to reduce irregular astigmatism and not necessarily to improve your distance vision. Sometimes the treatment may improve your BCVA and/ or quality of vision. The goal of the surgery  is to improve the corneal shape which leads to an improvement in the visual quality with glasses or contact lenses. 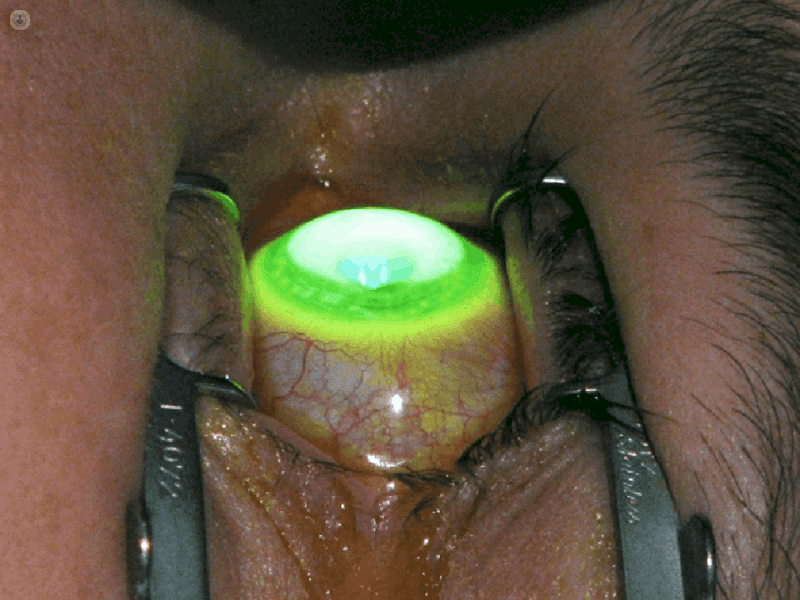 In patients, in whom the corneal thickness isn’t suitable for a TPRK , an alternate laser option is TREK – Topography guided removal of epithelium in Keratoconus, where we use the Schwind Amaris Laser and a small localised ablation is done only over the steepest part of your cornea, which also effectively helps to flatten the steepest part and help in regularisation of your corneal surface.

TREK is a surgery invented by Narayana Nethralaya and we have published long term results of its safety and efficacy.