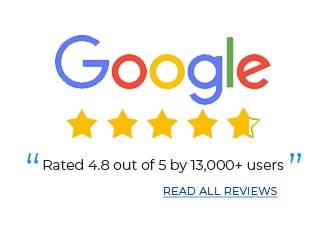 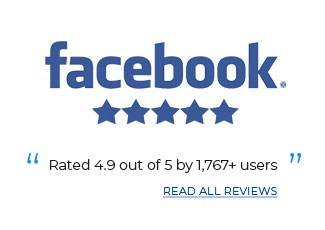 Dr Thirumalesh treated for Vitrectomy and Allied procedure for right eye…Treated well and thanks to you sir.

My Heart Touching Experience in NARAYANA NETHRALAYA (NN2) -Bommasandra,Narayana Health,Hosur Road,Bangalore ABOUT A HAPPY PATIENT WHO GOT HIS COMPLICATED CASE ,SUCCESSFULLY HANDLED AND TREATED AND MAKING MY FATHER MORE CONFIDENT AND COOPERATIVE and with best Counselling AND HAPPY IN REMOVING HIS PAINFUL AILMENT HE HAS BEEN SUFFERING SINCE 10 DAYS. MY FATHER MR.VENUGOPAL RAO KALESWARAM MR NO: B-934206 TREATED &ATTENDED BY :Dr.THIRUMALESH.MB Reg No:74384(KMC) RETINA CONSULTANT AT NN2 My Father had injury in his left eye and had his damaged and was diagnosed as Left Eye Traumatic Sublaxation of Lens,he needs to be operated under General Anesthesia as per findings,As he suffered Myesthenia Gravis since 2002 and underwent Thymectomy ,and was also a Bipolar Disorder Patient Since Feb2019. This operation was not taken up by other Hospital under GA as he may collapse as per their discussion and had become a very complex case as Many other Eye Supe rspeciality Hospitals did not have ICU back up.Actually the other hospitals planned consecutively 2 or 3 surgeries at a time ,removal of Iol,fixation of Iol ,Trab etc though it was confirmed that his eye sight restoration is not at all possible at present. I had approached the NN -1 at Rajaji Nagar for Second Opinion, myself being insurance guy,had first apprached corporate Insurance incharge Mr RAVI.C and explained my case,He heard me with utmost Empathy and Compassion and counselled me by discussing with Doctors there and referredreferre my case to NN-2 Bommasandra by discussing with COO ( Chief Operating Officer ) Dr .NARENDRA and guided me to approach immediately with his reference to Corporate Insurance Incharge Ms.Sahanaz Madam, who received me with utmost care and concern and with guidance and confidence,the best ambience and a customer service a common Man could expect. Myself along with my father were guided to OPD’s 1,2,3,4 with serious of tests and were weing enquired and watched so that we did not face any delay nor trouble as my father was ailing and needed quick attendance We were put through for discussion after all tests with Anesthesia expert and were made to explain entire case and analysed, my father was counselled and myself was explained the whole thing by the Glucoma Expert and clearly after seeing his condition and eye wound etc,was clearly counselled to go only for IOL lens removal and anterior and posterior vitrectomy and was explained whole thing. It was very convincing and more over if the patient could cooperate for 30 minutes, the whole thing could be completed under Local Anesthesia or Mild sedation without putting him through General Anesthesia and complicating.It was a win win safe suggestion for both of us. My father was explained by.me all this and family members and we were all confident after my father too gave confidence and we gave a go ahead,though Doctors were prepared to face all situations with all arrangements,with proper counselling,guidance,faith,confidence and careful evaluated step given by both Doctors and Family members,with minimal Risk, Just before the surgery,My Mother,Old 65 year Old,Lady , Emotionally Broke down in front of Dr.Thirumalesh MB sir and literally hugged and cried and reposed all her confidence in Him,saying that he must take care of My father and handle all complications arising out of any Non cooperation from Father during Surgery owing to his Myesthenia Gravis and Bi-Polar issues,Despite all Clearance and Concern and Go ahead was signed and given from our end after all situation was explained in advance by Doctor’s ,since surgery was in evitable and had to be performed immediately,other wise my father would land up into more troubles in losing both Eyes. Surgery was completed successfully,Swiftly,and painlessly and there came out in 30 minutes my Father out of Operation and i was allowed to see him and there came Tears in My Eyes seeing him waving at me with a Smile with Eye Bandaged and sitting on the bed post Operation for cooling and resting period. Thus became We all a Happy

Service is good and consulated Dr.Thirumalesh is very good human and I am satisfied with him….

Dr Thirumalesh Very nice.very good in his behaviour.very cooperative supportive and good at heart… recommend him and environment around in hospital,staff and team are doing good job..Thankd for all.and spevialls Doctor..

Treatment done by DR.THIRUMALESH.feeling happy thanks to all.

Very happy with the treatment given by Dr Thirumalesh.

Dr.Thirumalesh I have got a very good experience with this hospital since 2015. The Doctor Mr.Thiumalesh is very much cordial with nice hospitality.

Dr.Thirumalesh Treated well we are very happy…thanks to whole team and environment here.well followed staff and good work ..keep going ..all the best and thanks again.

Dr Thirumalesh I am very satisfied with the treatment.

Dr.Thirumalesh MB Treating very well, making us understand the issues and very supportive.. thanks to you sir and all staffs.

I’m taking Treatment from 1year from Dr Thirumalesh. Ian very much glad to you sir for your support and help… I am so happy. Thanks to you.

Dr Thirumalesh treated well we are very happy my family also consulting here and we are satisfied with all supports and staffs ..thanks to all.

Treatment is good done by Dr. Thirumalesh.. Thanks to all team..