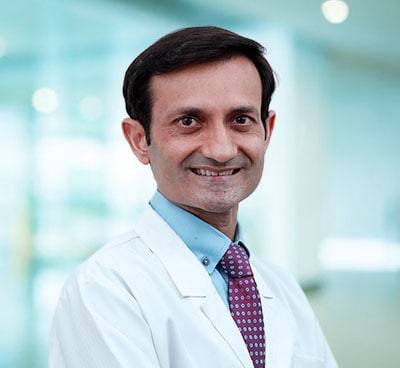 Dr. Anand Vinekar is currently Professor & Head of Department of the Pediatric Retina Service at Narayana Nethralaya Eye Institute, Bangalore, India and the founding Program Director of KIDROP. KIDROP is India’s first Tele-ROP program to screen for retinopathy of prematurity in rural areas and is currently one of the largest ROP programs in the world having completed over 160,000 (2020) screening sessions in over 125 neonatal centers. The program has won several national & international awards.The program has been cited by UNDP, Niti Ayog, Harvard Business Review, IIM A & B and validated on the CDC Guidelines and has been modelled by several states in India as well as some nations around the world.
He is an honorary technical committee member of the National Task force for ROP, Government of India & served as a member for the Queen Diamond Jubilee Trust for ROP, UK. He is the Founding Secretary of the Indian ROP Society & Member of the Indian Medical Association Committee for Prevention of Infant Blindness. He is a member of the International Classification of Retinopathy of Prematurity (ICROP 3, 2020) committee.

Education & Training
Dr Vinekar graduated from St. Johns Medical College (17 gold medals), MS (Ophthalmology) (Gold Medal) & Retina Senior Residency from PGIMER, Chandigarh. He has been awarded the FRCS(Glasgow), DNB (Ophthalmology) and FPVR(USA) and has defended his PhD (Maastricht University, Netherlands) in ROP. He has a degree in hospital administration.

Dr anand vinekar is a Extremely good docter and knowngable person happy with the level of care, and support from the doctor and staff. And thank you KIDROP team, abd we coming from Raichur district 550 km distance… Thank you all the staff efforts for us.

From Raichur, my baby as a premeture born, checked for Rop, checked by KIDROP team from Narayana nethralaya. With free of cost bcz my baby born in government hospital. Now they called us for vision and retinoscopy, Now every thing is normal. Thank you for KIDROP team, and Dr Anand vinekar sir, for this excellent service for people and for the society Thank you narayanan nethralaya for the giving the good hygiene maintenance Thank you🙏🙏

The experience was good and the doctor as well as the staff were very helpful and organized. No difficulties were faced during the whole procedure starting from the first day check up to till here my premature baby caring. Thanks much to all for the service provided. Dr Anand vinekar is very caring person. Thank you KIDROP team.

My experience was excellent. Associates working here from reception to all areas including all over department is good, Dr Anand vinekar is very neatly explained. Thank you KIDROP..